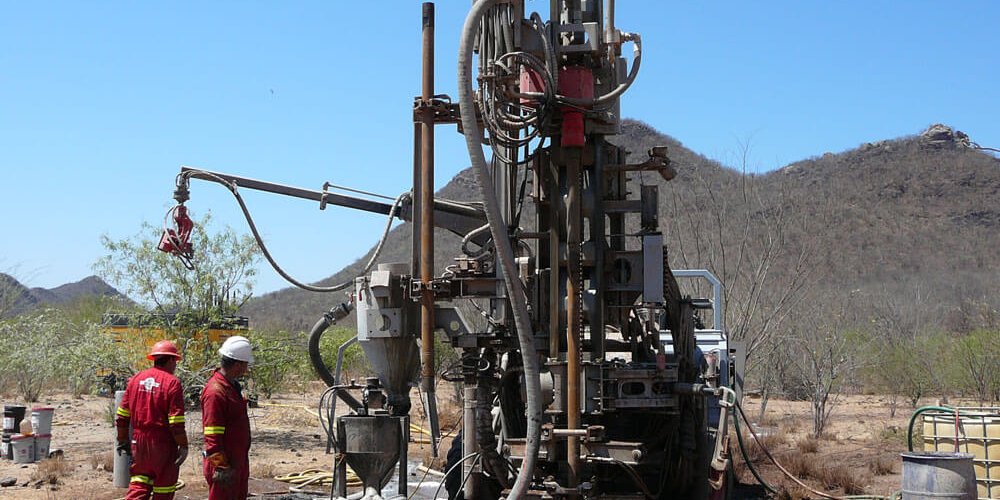 Drilling is the name given to the operations to break the rocks or make holes in line with certain reasons and principles. Physical conditions must be provided for drilling to be done at desired point and efficiently. In order for the probe to start, it takes place by reaching the drilling location and transporting the necessary equipment and tools. To start drilling, the following priorities must be met.

5) Installation of probe tools and equipment

While transporting drilling materials, it should be very sensitive and careful, because transportation is a period of work that is likely to occur in work accidents. In order to ensure easy transportation, it is necessary to plan the construction of the transportation road to be at least inclined and short to the drilling area. When laying the water line during drilling work, the shortest route should be chosen without the line being upright and without worrying about inclination. There are five different types of drilling, which are listed as follows. 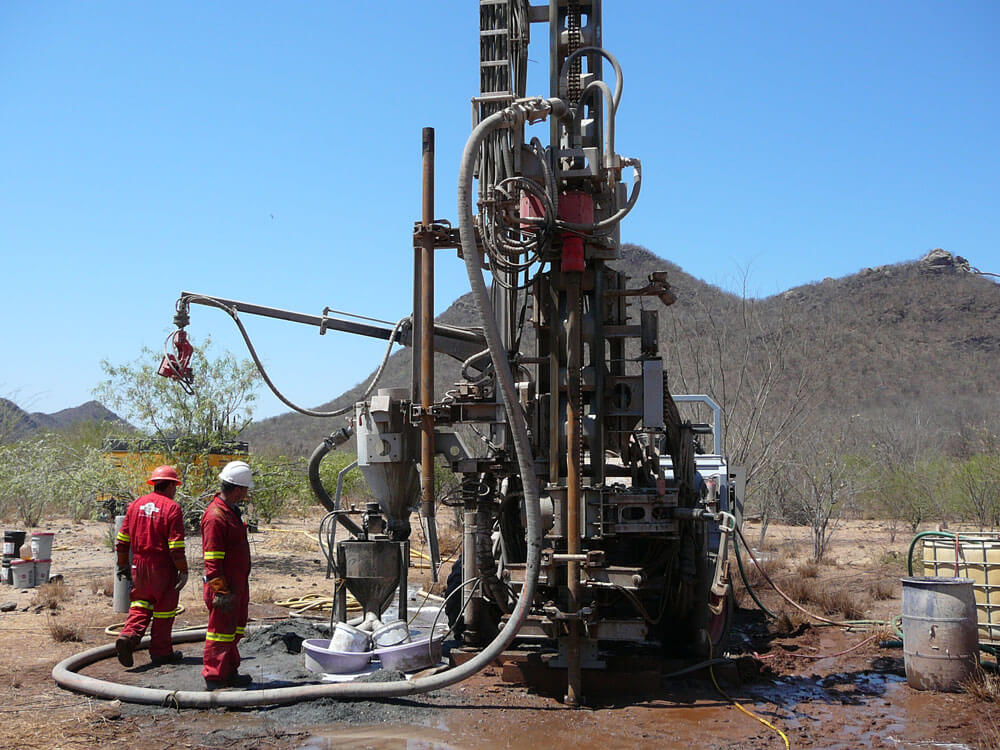 Muddy and air drilling can be done in 2 ways. Which type of probe should be applied varies depending on the ground to be drilled. Survey and drilling should be done accordingly to determine whether the probe is rocky or soft. The ground surveys performed before drilling are carried out in order to predict how many meters of water can come out by determining the condition of the ground layer and are charged separately. In order to obtain efficient results with the water drilling that starts with the detection and perforation of the most productive area in terms of groundwater, it is necessary to determine which geophysical, geological, electromagnetic survey type can be applied to the conditions of the region. However, in some regions, drilling can be done without the need for any study by taking the benchmark criteria. Positive results are obtained when the water drilling work is done using competent staff and modern equipment. 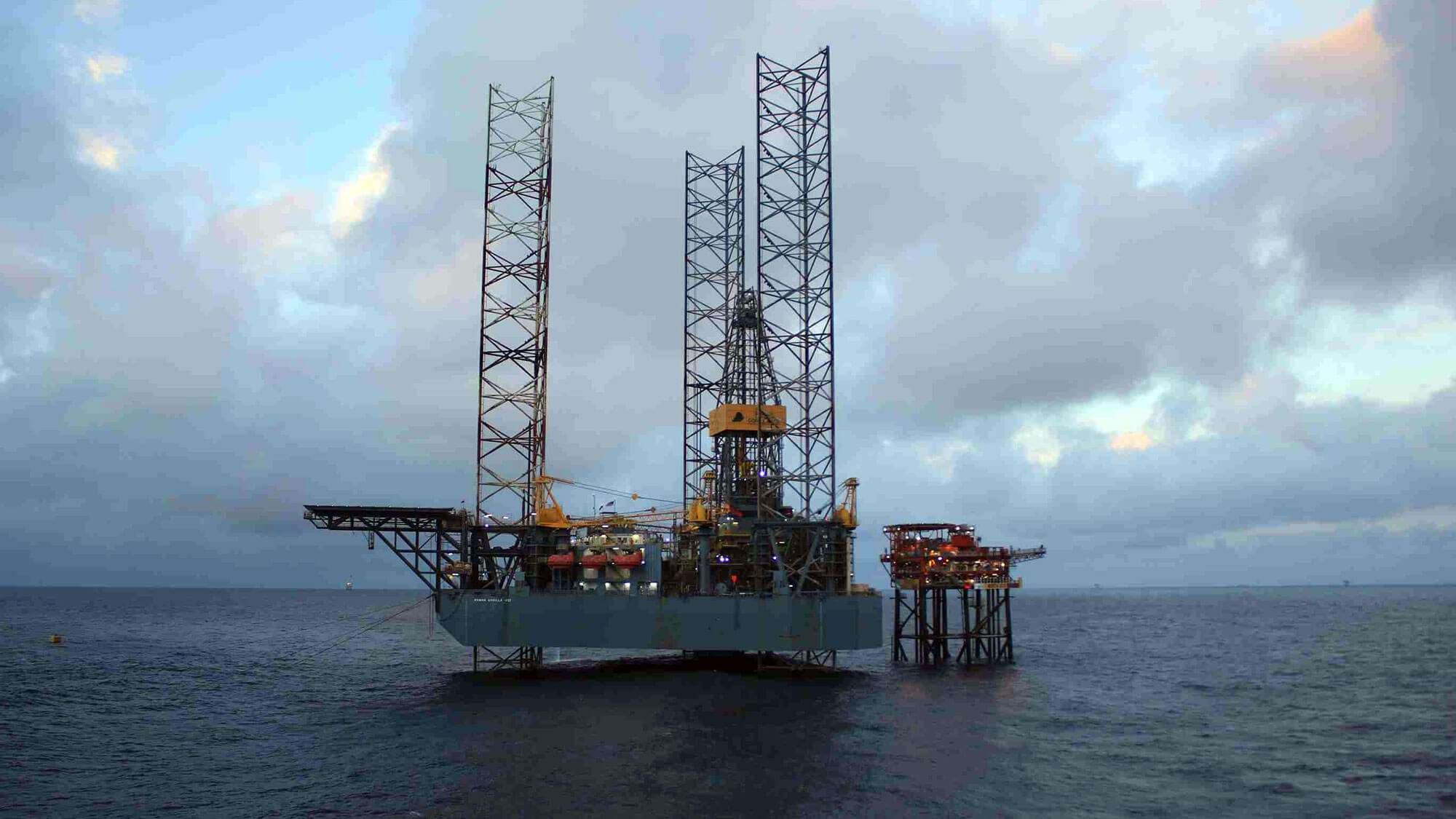 It is similar to natural gas exploration techniques. Oil drilling, which starts with the determination of the area to be drilled with the survey conducted in the field to be searched for oil, is then continued with seismic studies where underground information is obtained. As a result of the information obtained in detail, seismic maps are created. After determining the well program that the probe will be made, the point to be drilled is determined. For the drilling rig that was established after the drilling point was determined, the concrete location was prepared and the tower was assembled and the drilling phase begins. With the start of the drilling stage, the efficiency of the drilling place is calculated and the future of the well is calculated, and if it is efficient, the production process begins, the daily efficiency and pump type are determined and the production process is started and production begins. Oil drilling, which has to be done by taking very serious security measures, requires extremely technological support and modern drilling equipment. In order to identify and use energy resources, which are very important for our country as well as the whole world, it is very important to closely follow and apply international studies and techniques related to drilling processes.

After the oil crisis in 1970, serious energy drilling started to be made as a result of the search for new Energy types all over the world. Since geothermal waters are very deep in the ground, the removal and use of these waters necessitates operations such as pipeline laying and pumping. 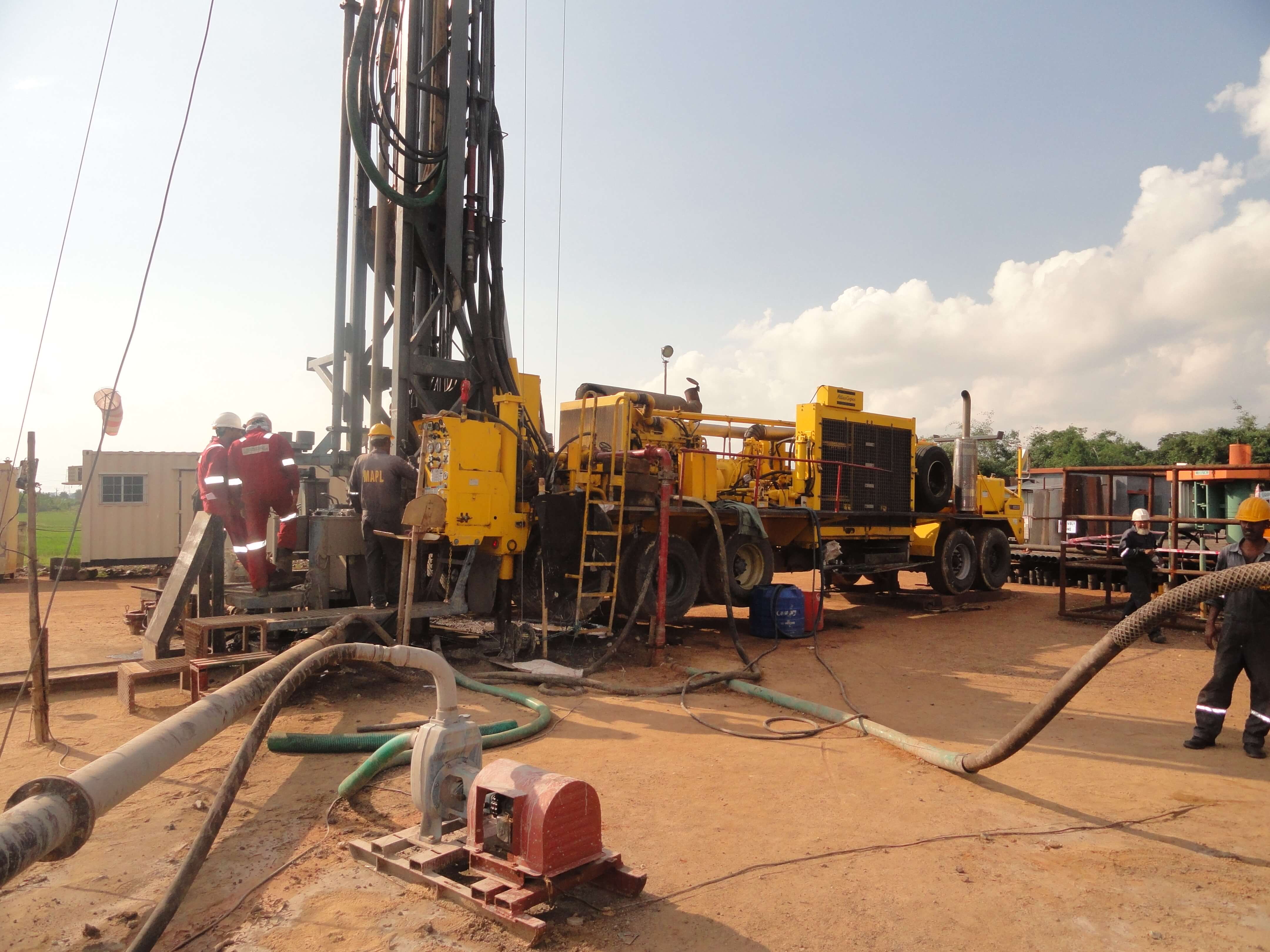 Although mine drillings are basically similar to other types of drilling, they differ greatly in research and study programs. Although some of the material extracted and studied in other drillings provide information about the type of drill, all data extracted during the drilling are important in mine drilling. The main target in mine drillings is to make reserve determination precisely and healthily. This drilling, which does not include even the smallest errors, is an expensive drilling work. During these studies, it is mandatory to have a geologist in the drilling team to determine the ground conditions. Drilling for mineral exploration is usually carried out as core drilling, so that the properties of the material from the well drilled are directly examined and observed. Mine probes are made in 3 ways.

1) Melting drillings: It is the process of removing substances such as soda, salt, sulfur, which can be separated from the water by drying and dissolve in water. On the one hand, water is pressed and, on the other hand, molten minerals are taken out by means of a pump.

2) Ventilation drillings: These are the drillings for ventilation of the galleries in mining enterprises, underground from suitable places and providing contact with the surface.

3) Quarry drainage drillings: It is a type of drilling done for the removal of groundwater from the working environment by doing drainage works in order to prevent groundwater from being a problem in mining operations. 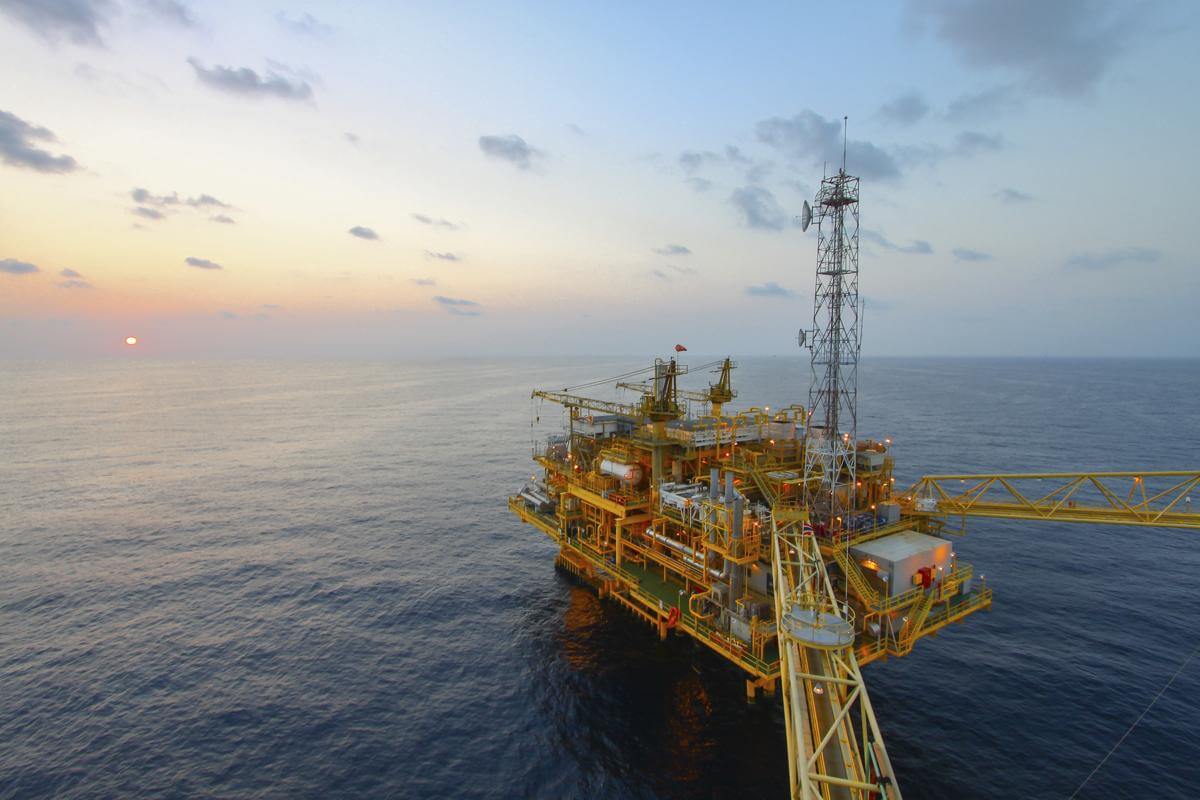 Determining the properties of the soils in the areas formed by the living areas, and the static calculations of these soils are soundings made using these determined properties. The foundation survey sounding is the soundings made for the ground investigation of the places deemed suitable for the construction of dams, tunnels and tall buildings, while the basic sounding is the soundings made to optimize the foundations of the structures being constructed by improving the ground. Due to some geological features, it may be necessary to drill in hard and rocky areas during the foundation boring works performed in this way, so different equipment will be required where drilling is required. Ground drillings using scraper and drill equipment are done as injection drillings, pile drillings and concrete curtain drillings. Injection drilling is done for the purpose of providing impermeability and strength to the ground where the building will be constructed, in cases where any building has to be constructed in a place where there is no ground resistance, it is made with a method called pile driving and is actually made suitable for construction.

Concrete curtain drilling is the drilling method applied for the curtain process made of concrete in order to prevent water leakage, generally under the dam and pond bodies.

Purposes of Drilling
It is made in order to understand the properties of underground units in order to benefit from underground oil, mineral and water resources.
Special techniques are used in the drillings made by using many different types and sizes of materials in areas where hard rocky and terrain makes drilling difficult.
The first sounding was made by adding bamboo canes end to end in 2000 BC, and it was transferred to the sources where water and salt were obtained.
In fact, the idea that ground surveys of the pyramids found in corn were made and diamond core was taken by using diamonds in these first drillings.
The first modern sounding was made by Billy Morris in the USA in 1831 using a hammer drilling and drilling engine.
The real soundings started with the realization of the industrial revolution in the west were started to be made mostly by hand-driven, hand-printed and then using steam power, and studies were made to search for coal and oil in the first soundings.
The aim of drilling from ancient history to this day has always been the studies made to benefit from the contributions to human life to be used underground.
The soundings made in the top layer of the earth are the soundings made in order to ensure that the lands can be built on solid foundations in the areas where the living areas will be built. Drilling, which aims to identify and investigate the earth’s crust, also includes efforts to investigate underground natural disasters such as earthquakes, and to develop early warning systems. 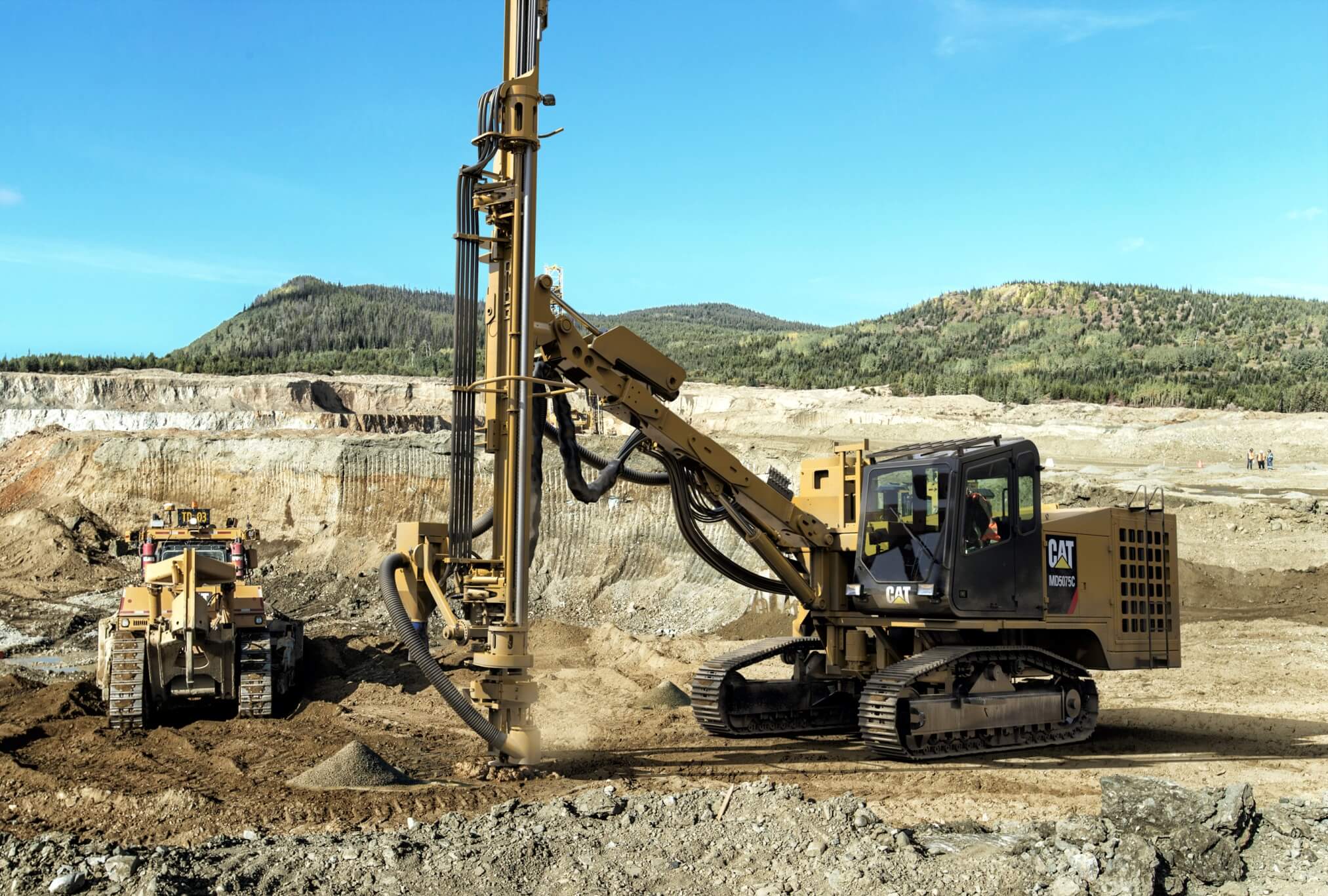 In the digging processes, which is one of the starting stages of drilling, excavators of different diameters and types depending on the ground and terrain and cutting tools and equipment that perform cutting work are used.

Drilling diamond bits are frequently used in hard and hard work places due to their structure and very hard mineral. After drilling and digging, unloading, transportation and power transfer phases are carried out one after another. 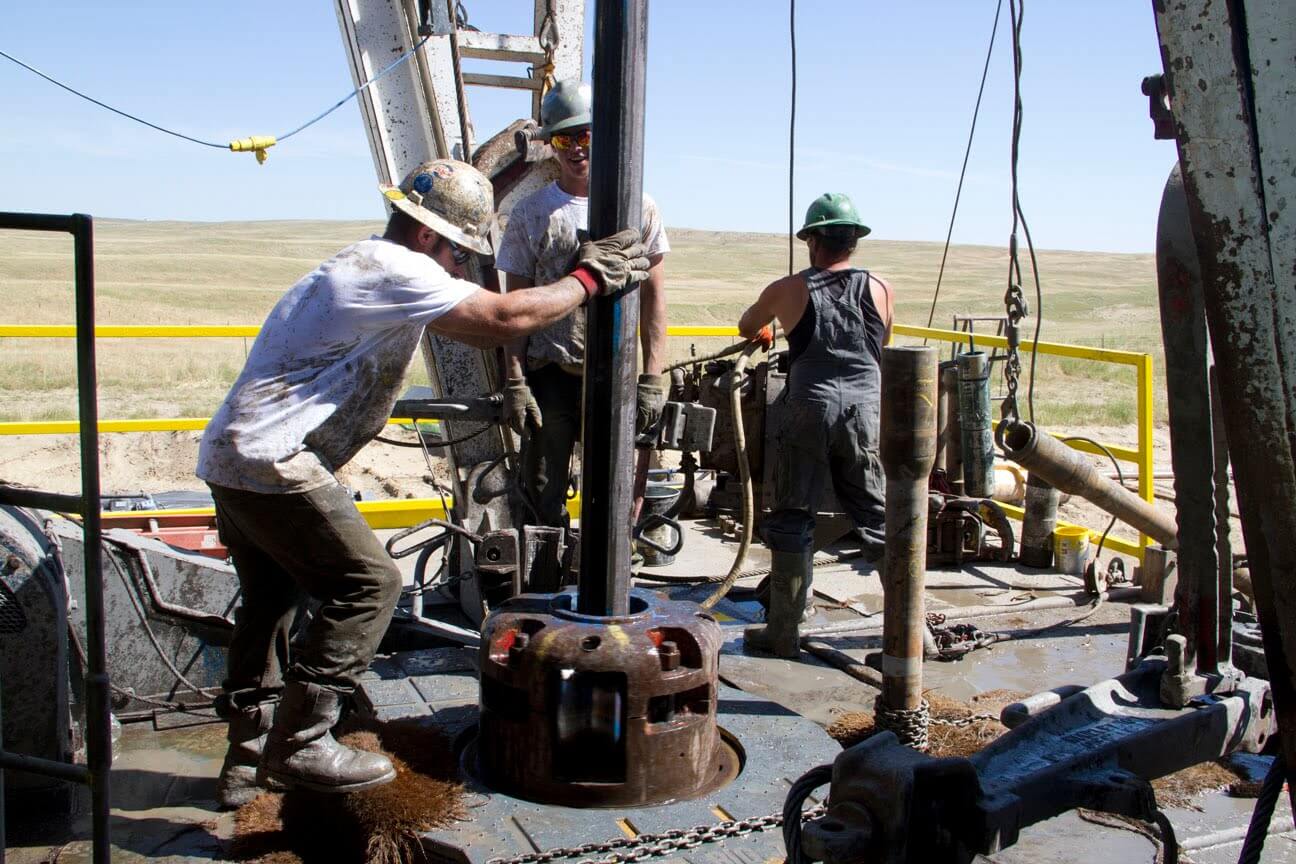 Drilling equipment is the special tools and equipment used in all stages of a drilling work. Drilling head, maneuver heads, adapters and lifeguards are seen as Overshot head, foot brakes and rods. It can be used in other equipment according to the technical specifications of the drilling. All equipment produced using high technology and raw materials should be used by expert personnel. Above all, since the place and results to be drilled and surveyed are important, the team that knows its work in suitable equipment and difficult processes in the study will always be the most important factor. In order to make a quality drilling, the capacity to drill large diameters requires powerful machines and a specialist team. Drilling larger diameter, using larger and higher quality pipes is a factor that increases costs. All reach this equipment and drilling equipment in order to get information about all kinds of topics Ankara and all customer satisfaction to Turkey across the services and activities of our company, serving with the basic structure of our http://furkansondajekipmanlari.com/ web sites or +90 545 359 06 94 No ‘ You can get information about everything on our phones.

OTHER POSTS
Go to Top